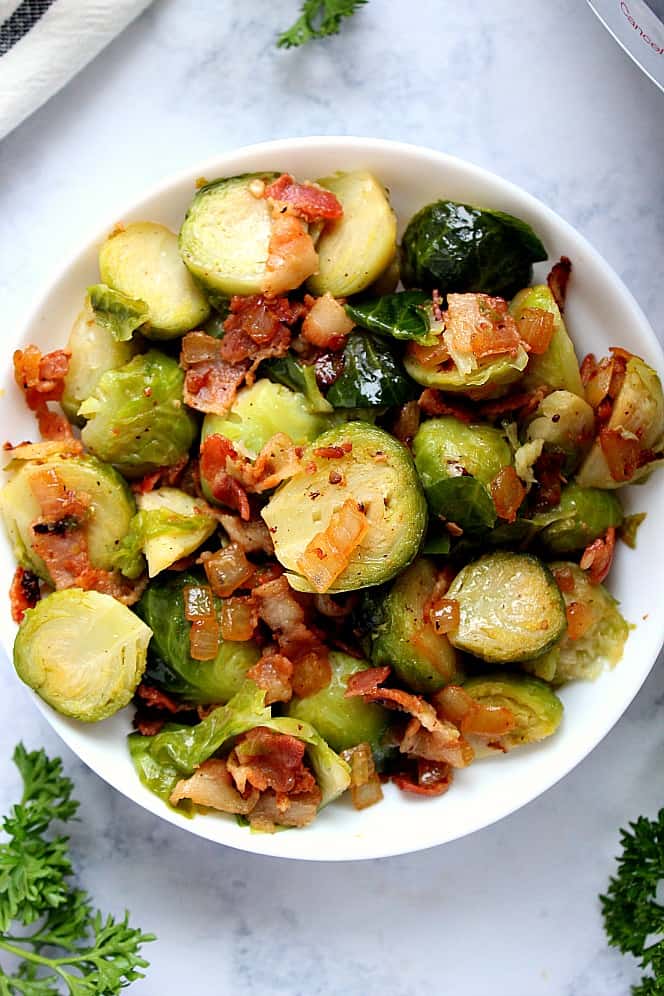 Preheat the pressure cooker using the SAUTE function, then press the SAUTE button until the display panel says MORE. When the display panel says HOT, add the bacon and sautÃ© until crisp, about 15 minutes. Remove from the cooker and drain on a paper towel. Add the onion and ghee to the bacon grease in the cooker. Continue to sautÃ© until the onion begins to become translucent, about 3 minutes. Add the Brussels sprouts and toss with the onion. Place the lid on the cooker and make sure the pressure knob is in the SEALING position. Using the display panel, press the CANCEL button and select the STEAM function, low pressure. Use the +/- buttons until the display reads 2 minutes. The pot may not come to pressureâ€”thatâ€™s okay. When the cooker beeps to let you know itâ€™s finished, open the lid and toss the Brussels sprouts with the bacon. Add salt and pepper to taste and serve.