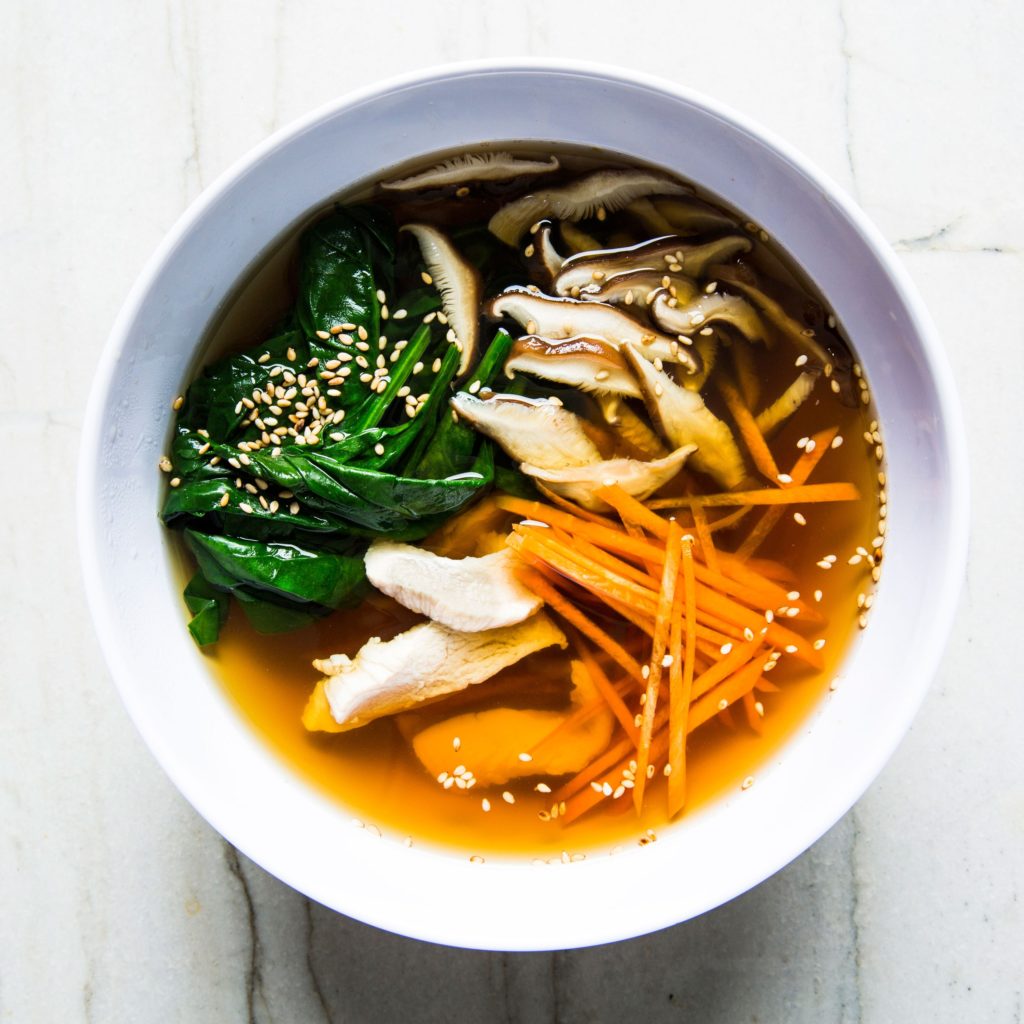 Heat Â¼ cup water in a large skillet over medium. Once you see steam, add spinach to water and cook, tossing often, until spinach begins to wilt, about 2 minutes (work in batches if necessary). Transfer to a colander and let cool. Squeeze spinach to remove excess water, then coarsely chop; set aside. Bring kombu and stock to a simmer in a large saucepan over low heat. Remove from heat and let sit 10 minutes. Return to a simmer and add bonito flakes. Remove from heat and let sit 2 minutes. Strain kombu mixture through a fine-mesh sieve into a large bowl. Wipe out saucepan and return broth to saucepan. Add mirin and soy sauce; season with salt. Bring to a simmer over medium heat, then add chicken, carrots, and mushrooms. Cook until chicken is cooked through and mushrooms and carrots are just tender, 4â€“6 minutes. Divide spinach among bowls and ladle in soup. Sprinkle sesame seeds over.