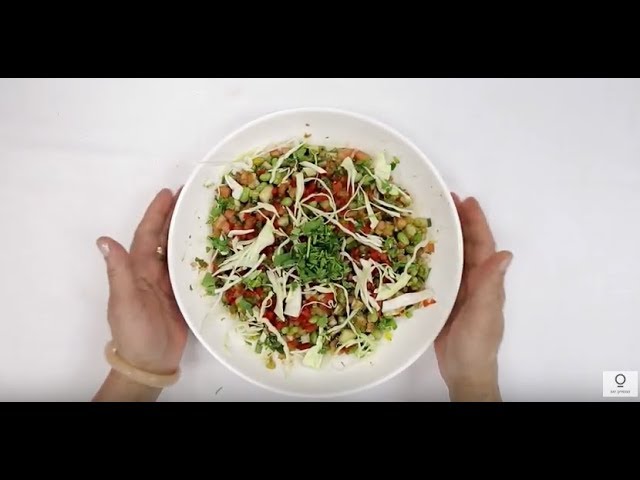 Core the cabbage and slice into thin strips. You should end up with about 4 C. of shredded cabbage. Fill a medium pot with water and bring it to a boil over high heat. Add 1 T. of the salt to the water and bring it to a boil again. Add the edamame to the pot and boil until the beans are al dente but still bright green, about 8 minutes. Drain and rinse with cool water. Place the cider vinegar, lemon juice, olive oil, remaining 1 T. of salt, and the pepper in a large mixing bowl and whisk until emulsified. Whisk in the dried mint, cumin, coriander, cardamom, ginger, garlic powder, and cinnamon until fully incorporated. Add the cabbage, edamame, tomatoes, cucumber, and cilantro to the bowl and carefully fold to coat with the dressing. Serve immediately.