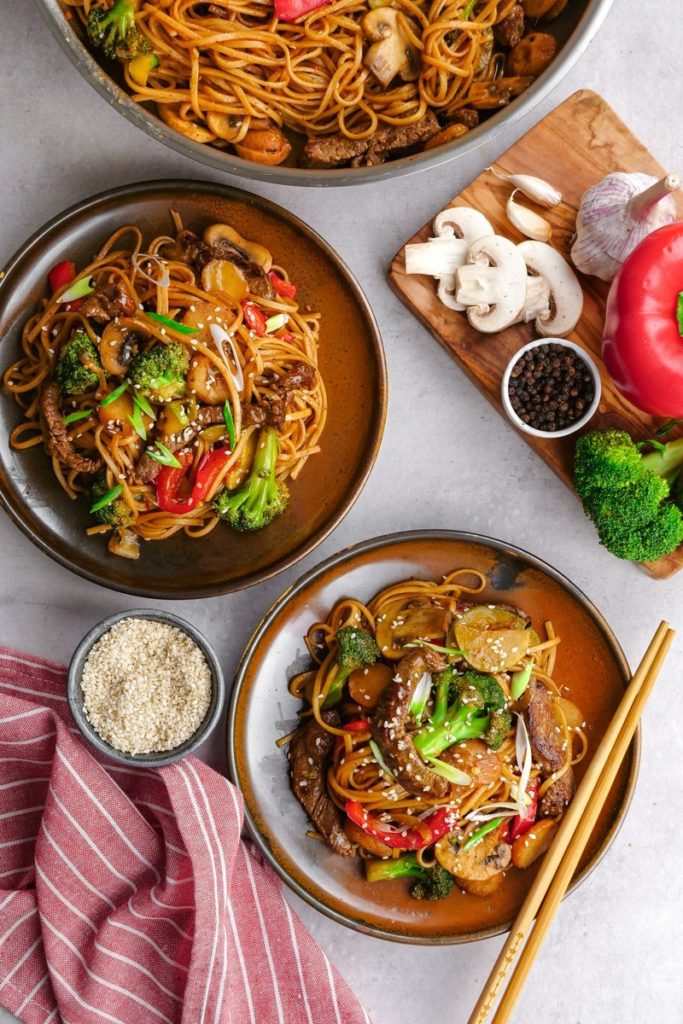 8 ounce flank steak or sirloin sliced against the grain

Thinly slice flank steak against the grain, and lightly season with salt and pepper. Set aside. In a small bowl whisk together the brown sugar soy sauce, hoisin sauce, sesame oil, sriracha and pepper. Set aside In a large pot with boiling water, cook the lo mein (or spaghetti) noodles according to package directions. Drain the noodles and toss with 1 tsp. sesame oil to coat, set aside. While the pasta is cooking, add olive oil to a large skillet. Add in the minced garlic and ginger and stir fry for 30 seconds. Add the thinly sliced steak, and cook for 2-3 minutes, until no longer pink. Remove steak from pan, leaving any juices and oil behind. Add all the other vegetables, and cook for 3-5 minutes, until everything is crisp tender. If needed, add a little more oil. Now add the thinly sliced steak back in, as well as the lo mein noodles, and pour the sauce over the top. Toss until fully incorporated and cook for a 1-2 more minutes to insure veggies are tender and sauce starts to thicken.