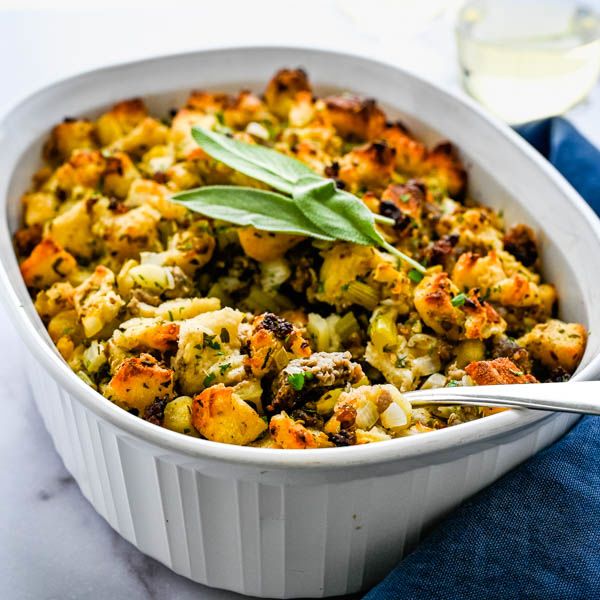 To bake stuffing in turkey:

To bake all of stuffing in baking dish:

Preheat oven to 350Â°F. Generously butter 13x9x2-inch square glass or ceramic baking dish. Add enough broth to stuffing to moisten (about 3/4 C. to 1 1/2 C..) Transfer stuffing to prepared dish and dot stuffing with 2 T. butter before baking. Cover with buttered foil, buttered side down; bake until heated through, about 30 minutes. Uncover and bake until top is crisp and golden, about 20 minutes longer. Top with fennel fronds, if desired, and serve.