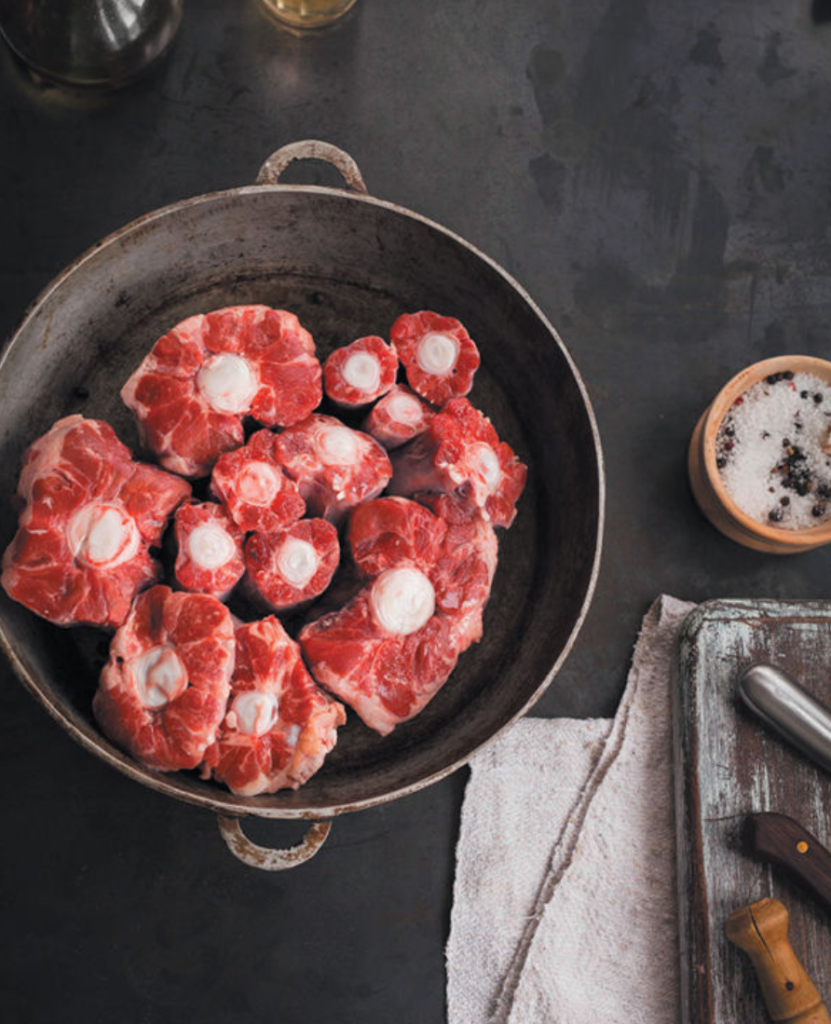 3 pounds meaty bones such as oxtail, shank, or short ribs

Place all the bones in a slow cooker or large stockpot. Add the vinegar and enough purified water to cover everything by 1″. Cover the pot. Bring the water to a simmer over medium heat. Use a shallow spoon to carefully skim the film off the top of the broth. If you are cooking in a slow cooker, wait for about 2 hours until the water gets warm before skimming, but continue with the next step.Â  Add the carrots, celery-, onion, bay leaves, cloves, and peppercorns and reduce the heat to low and cover the pot. You want the broth to barely simmer. Skim occasionally during the first 2 hours. Cook for at least 12 hours or up to 24, adding water as needed to ensure the bones are always covered with water. (You will likely have to add water during the cooking process.)Â  When the broth is done, turn off the cooker or remove the pot from the heat. Using tongs and/or a large slotted spoon, remove all the bones and meat. Save the beef for another recipe. Pour the broth through a fine mesh strainer and discard the solids.Â  Let cool on the counter and refrigerate within 1 hour. You can skim off the fat easily after the broth is chilled, if desired. When chilled, the broth should be very gelatinous. The broth will keep for 5 days in the refrigerator and 3 or more months in your freezer.