It’s still too early for herbs and tomatoes from my garden, but I don’t think Covid-19 is going anywhere fast, so hanging onto this recipe for later this season 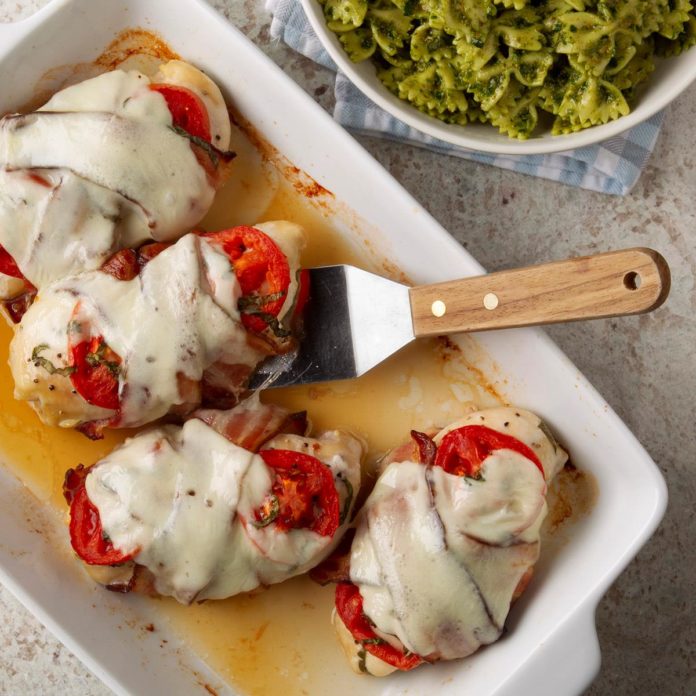 Place bacon in an ungreased 15x10x1-in. baking pan. Bake at 400Â° for 8-10 minutes or until partially cooked but not crisp. Remove to paper towels to drain. Place chicken in an ungreased 13×9-in. baking pan; brush with oil and sprinkle with salt and pepper. Top with tomatoes and basil. Wrap each in two bacon strips, arranging bacon in a crisscross. Bake, uncovered, at 400Â° for 20-25 minutes or until a thermometer reads 170Â°. Top with cheese; bake 1 minute longer or until melted.