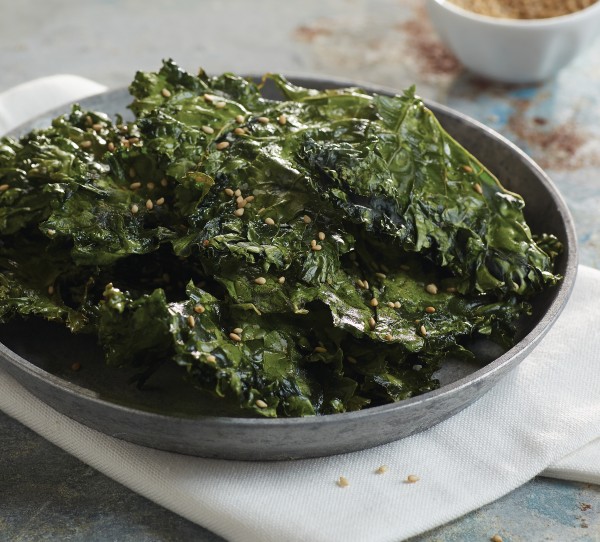 Preheat the waffle iron on medium.â€‚In a large bowl, toss the kale with the oil to coat.â€‚Place as much of the kale as will fit in the waffle iron, covering the grid. Some overlap is fine, so donâ€™t worry too much about placing it in a single layer. The kale will cook down considerably, so it need not all lie flat; the pressure of the waffle iron lid will see to that.â€‚Close the waffle iron lid for 30 seconds, then open and redistribute the kale for a more even layer. Close the lid again. After 8 minutes, check on the kale. Some pieces may finish before others. Remove those pieces and place them on a plate. It may take up to 15 minutes for the kale to become crispy and chiplike.â€‚Repeat Steps 3 and 4 with the remaining kale.â€‚Sprinkle with salt and serve.

Variations: Use a neutral-flavored oil, such as canola or grapeseed, in Step 2 and sprinkle the finished kale with any of the following:

Chili powder with a squeeze of lime