I decided to participate (or rather, have the kidlet participate!) in the Open-Ended Art Projects posted over at Growing and Learning by Leaps and Bounds.Â  This week the theme is Fall Colors: Red, Yellow, Orange and Brown. [Apparently the creator of that site has elected to delete thier blog.Â  This was sudden, as they had posted open ended art for the rest of the month, and gave no indication it was coming]

While he normally has unlimited access to stickers, papers, drawing and coloring materials in his art cart, any thing else I usually have to dig out.Â  (The art cart is against a wall and its not that easy to turn it around in the corner I have it wedged in.)Â  We do a lot of projects, but anything that requires the mixed media / collage / messy stuff usually comes out with a purpose; more a guided art project.Â

Â So today I took a bag and wandered around the house raiding the art cart, the supplies closet, and my scrapbooking stuff to find a good assortment of items in the fall colors and then took the bag to the table and set it down and told him there’s a project on the table for him to do.Â  No other instructions.Â  I did put out some generic supplies — glue, glue stick, scissors, brushes and tape. 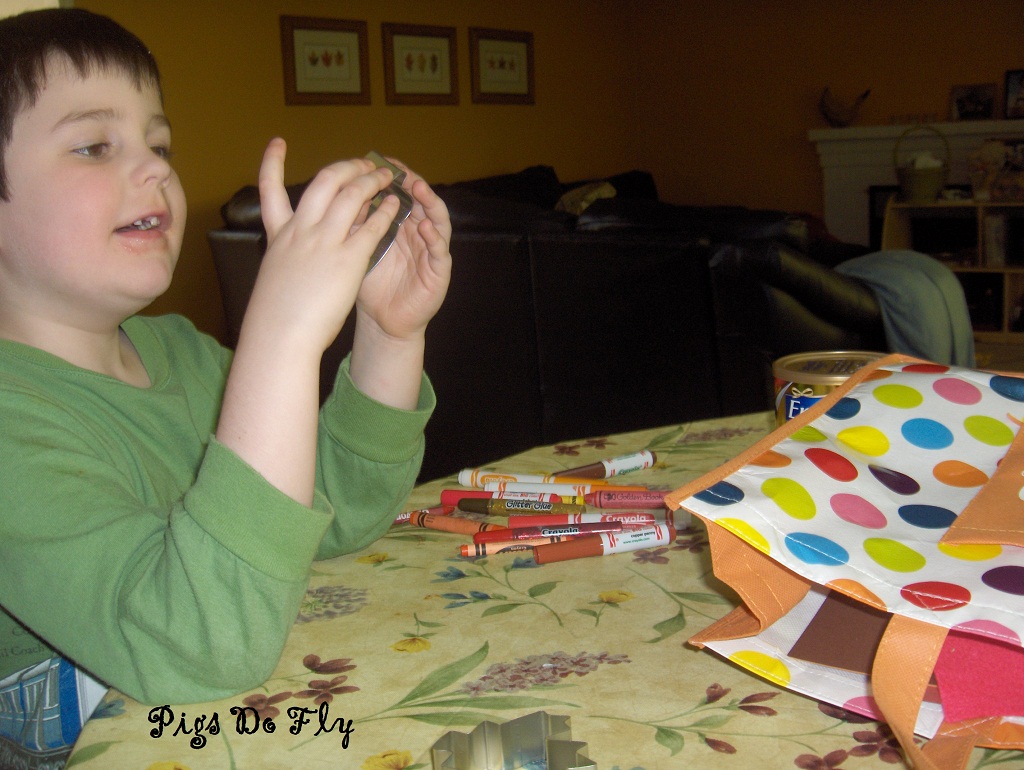 He started pulling things out, one at a time, examining each thing, especially if it was something he hasn’t used much or recently. 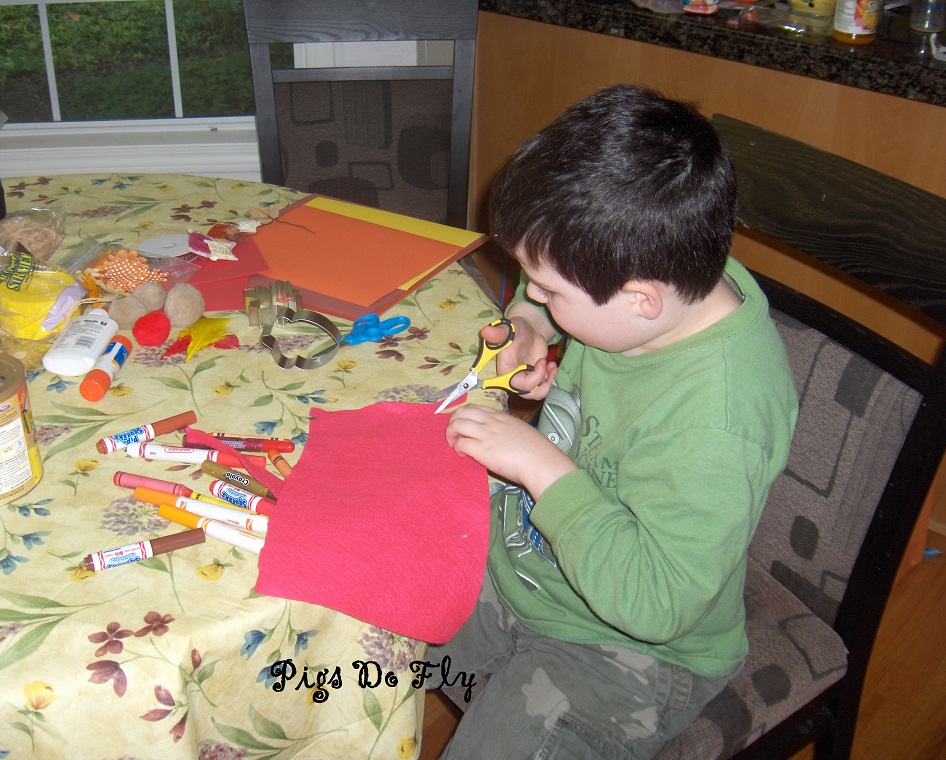 Everything dumped out, its time to start assembling!Â  Those are very sharp scissors he is using.Â  His child scissors would not cut the felt so he asked for help.Â  I got the super sharp bumblebees out and let him use them with cautions and close supervision.Â  He did just fine though. 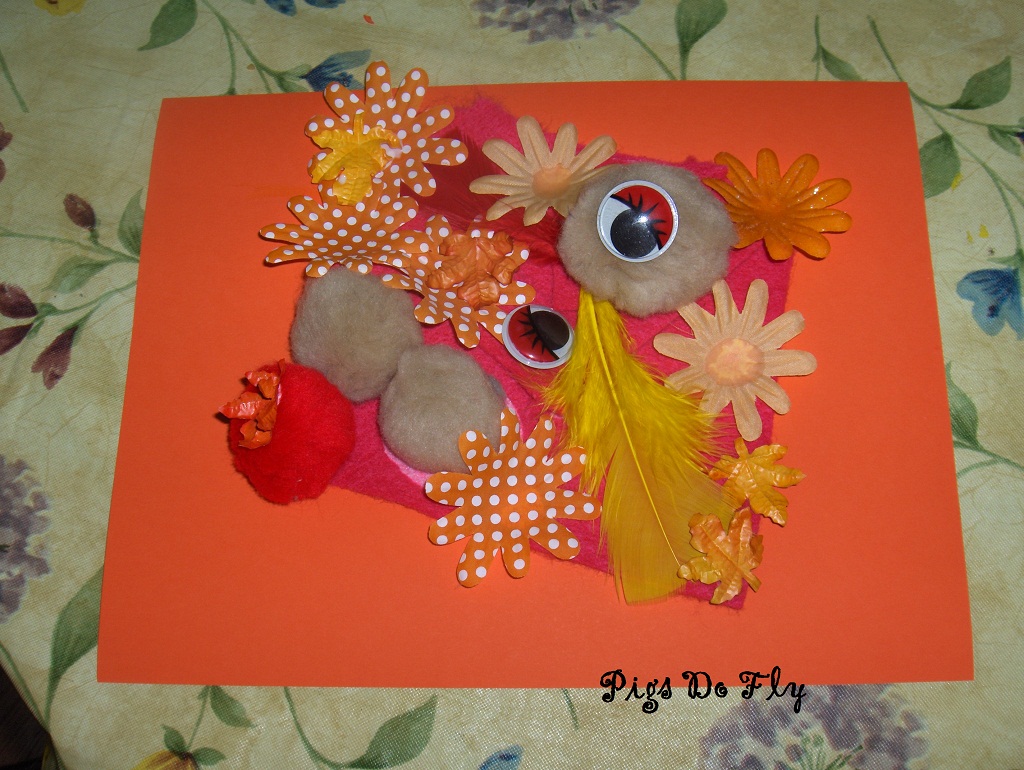 The final product!Â  What is it?Â  “A scuplture collage for mommy”, or so he says!Â  Everything else went back into the bag for another day.Â  He has his eye on a spool of ribbon and says he wants to make shapes with the cookie cutters, but “not until another day.”Â  I’ll leave the bag handy this week and see if he digs in and makes anything else.Â  I think he really enjoyed the freedom of just doing whatever he wants