Using materials from Take It To Your Seat Math Centers (K-1) from Evan-Moor Educational Publishers (just this activity is available for download for just a few dollars as well), Â some extra bugs that I’m sure I downloaded on 4share.com, but can’t find now, contact paper to “laminate” and improve durability, and markers to decorate, I set up this file folder game.Â 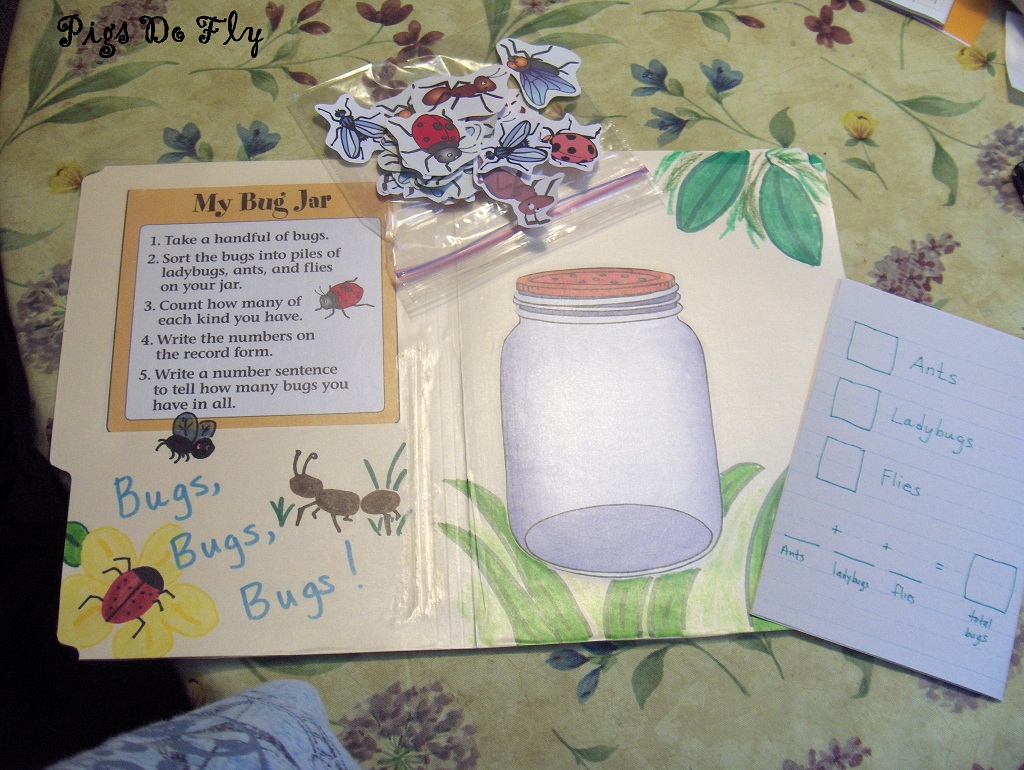 I made way more bugs than we would need for Kidlet’s purpose (early addition), because I figure someday baby L can use them for sorting and creating patterns (things that kidlet is well beyond needing practice at doing) 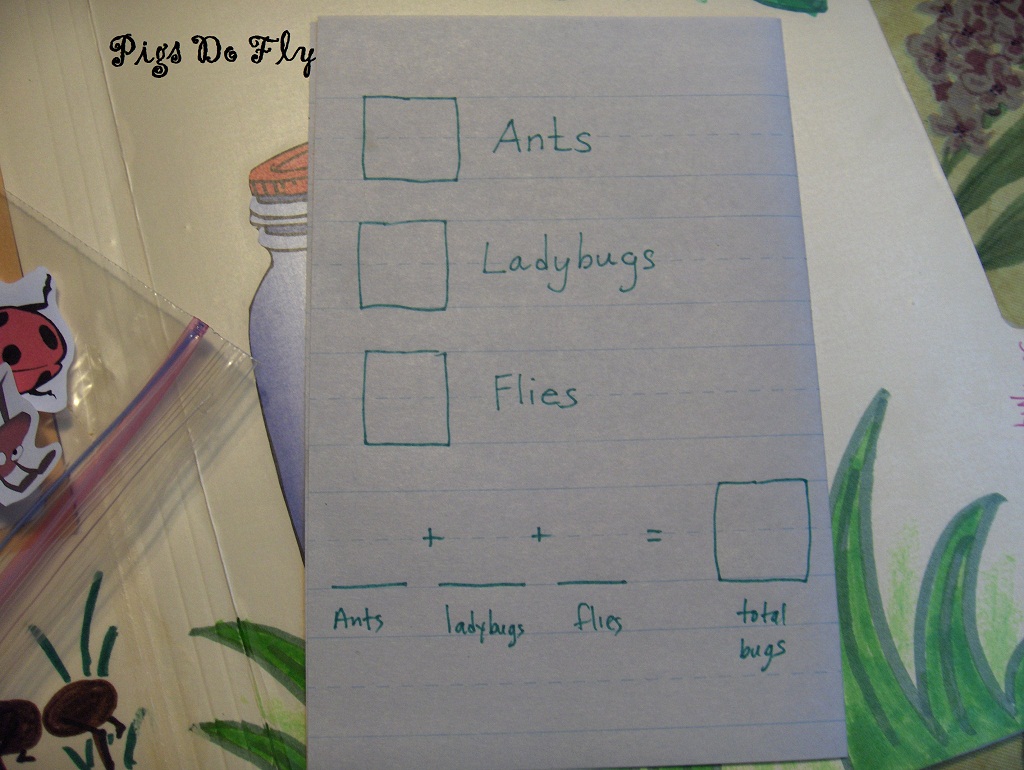 Kidlet takes a handful of bugs and puts them in the jar, counts how many of each type there are, and writes that in the box, then repeats it in the number sentance at the bottom, and totals it up.

I’ve gotten a FFG done for subtraction as well.Â  I’ll see about getting that one posted shortly.

Posted by Kristen in File Folder Games and Lapbooks

Kidlet has already been exposed to the idea of states of matter.Â  We’ve talked about solids, liquids and gases for a while now, done experiments with water, ice, gelatin, and so on.Â  I created this folder to review, and to quiz him on his understanding of states of matter. 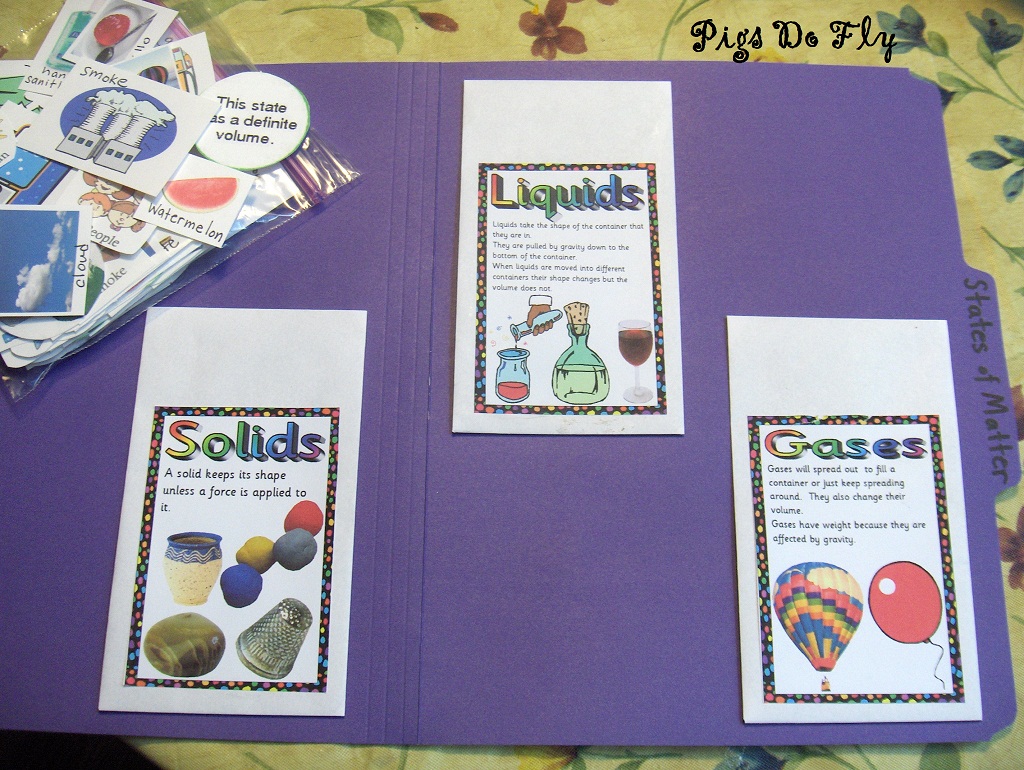 The labels for the envellopes came from Instant Display.Â  I glued them onto the envellopes, and then attached the envellops to the file folder using double sided foam tape to raise them up slightly and make it easier for the tokens to slide into place (below) 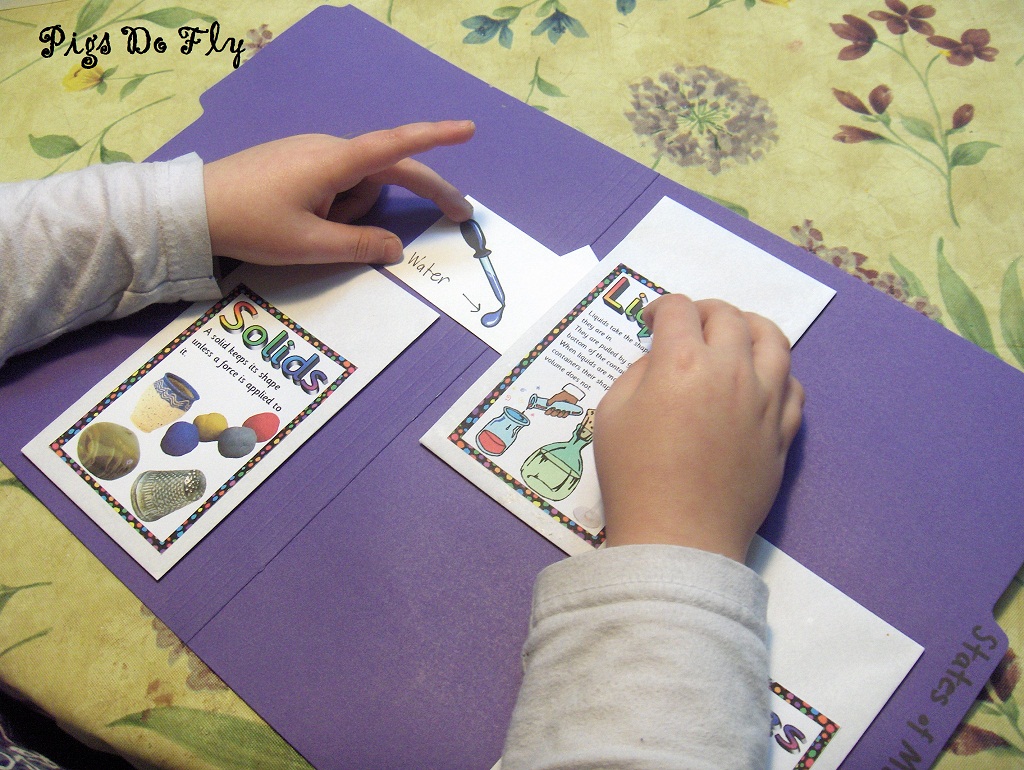 The tokens came from all over the place.Â  Some were individual images that I sought out with google image search (when I was looking for a specific thing like “clouds”), others came from an image search for “states of matter” where I snagged a few collections of images, and still more came from a different FFG posted at 4shared (only a few of those those; the resolution is kinda yucky on them).Â  Most are images with a caption written on them,Â some are simply the name of an item that he has to read to sort (ie “Apple Juice” you see in the picture) and a few are even more difficult — a written description of a property of a solid, liquid or gas (as in “this state has a definite volume” token you can see in the photo).Â

He has had no trouble sorting these at all.Â  Occasionally he’ll have to think a little bit (like where does he put the Sun, now that TMBG has told him that its plasma, not gas LOL), but overall, he has got the concept down.Â  I guess next its time to talk about the water cycle, or changing states of matter.

Posted by Kristen in File Folder Games and Lapbooks