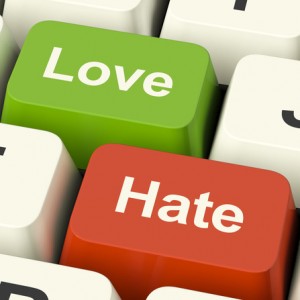 Let me just say first that I love my husband. He is an amazing person and I am very lucky to be his wife. Having said that, right now I think I could easily hate him. I’ve lost 12 pounds in 7 weeks. With 150+ pounds to lose, you would think I would lose a lot faster, but never mind that. And it’s a terrible struggle. I fight cravings and fight to meet my macros, and avoid sugar and such. My husband, who only had 60-80 pounds to lose has lost 40 pounds in 11 weeks. I won’t say it’s “easy” for him, but he doesn’t seem to have cravings. He just decides to stop drinking soda, and he is done with it. He eats what he plans to eat during the day, trusting me to prep a dinner in the 500-600 calorie range, and never ends up staring into the open fridge looking for something else to eat. I think he is one of those naturally “thin” people. It’s just that he was eating so far over his calorie limit before (an entire bag of Doritos for a snack for instance), that now that he is eating “normal” portions, the weight is just falling off him like Bill from Thinner. And as much as I love him, it makes me want to strangle him in his sleep 😉