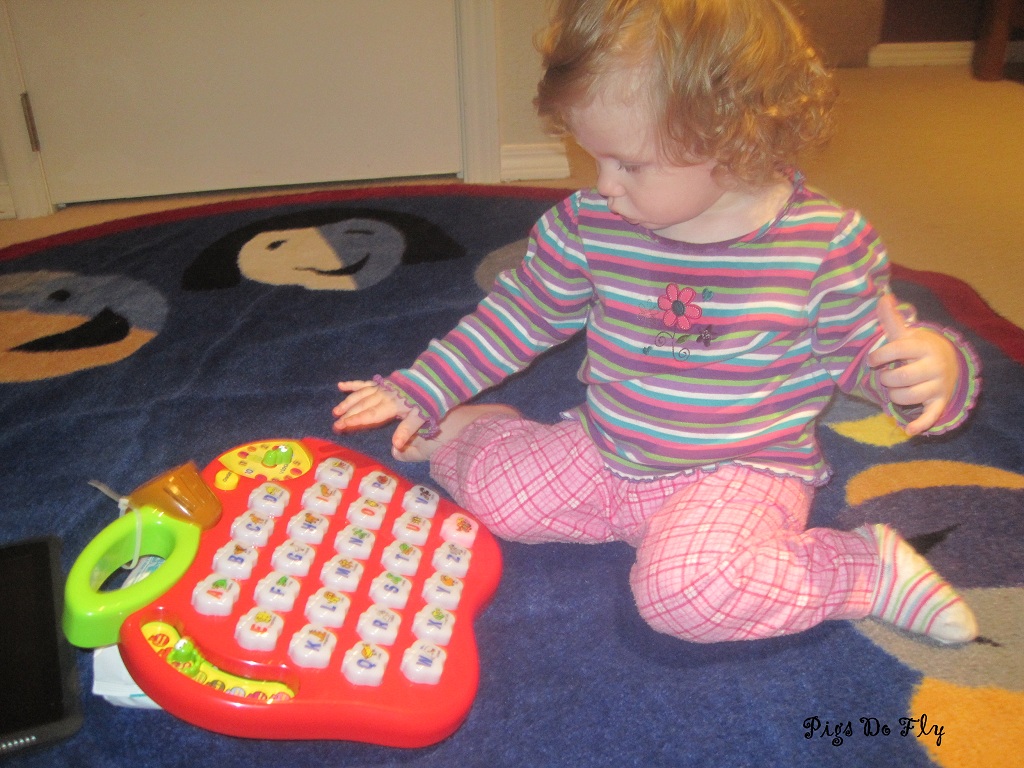 This toy has a number of settings, some are defintely for the older preschool set.Â  At 16 months, her favorite mode is “music”; when she pushes any of the letters it launches a different instrumental, generally toddler faves.Â She also really enjoyed spinning the clock handles.Â

Felt Board. I made these felt piecesÂ new for this week with a bit of felt, some nice sharp scissors, and some fabric glue.Â  It has 10 little apples for apple chants and of course the apple tree.Â 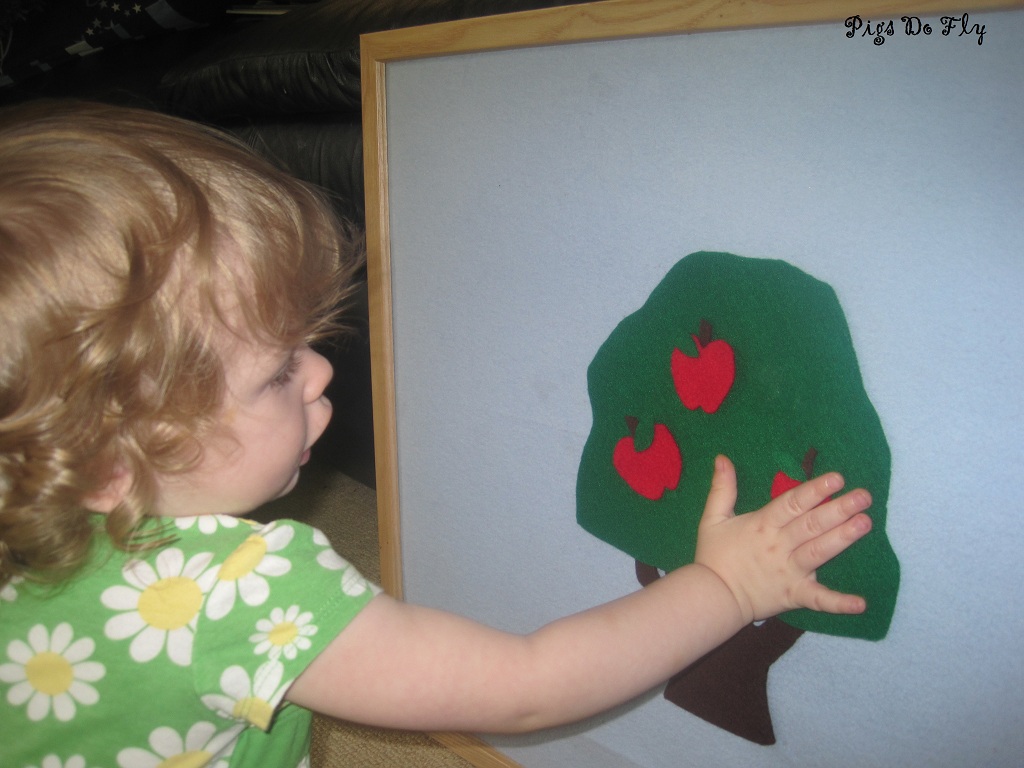 Way up high in the apple tree
Two red apples smiled at me
I shook that tree as hard as I could
Down came the apples,
Mmmm–were they good!Â

Tot Basket: Magnetic Apple Fractions.Â  Technically, these belong to big brother, but she kept wanting to play with them.Â Â 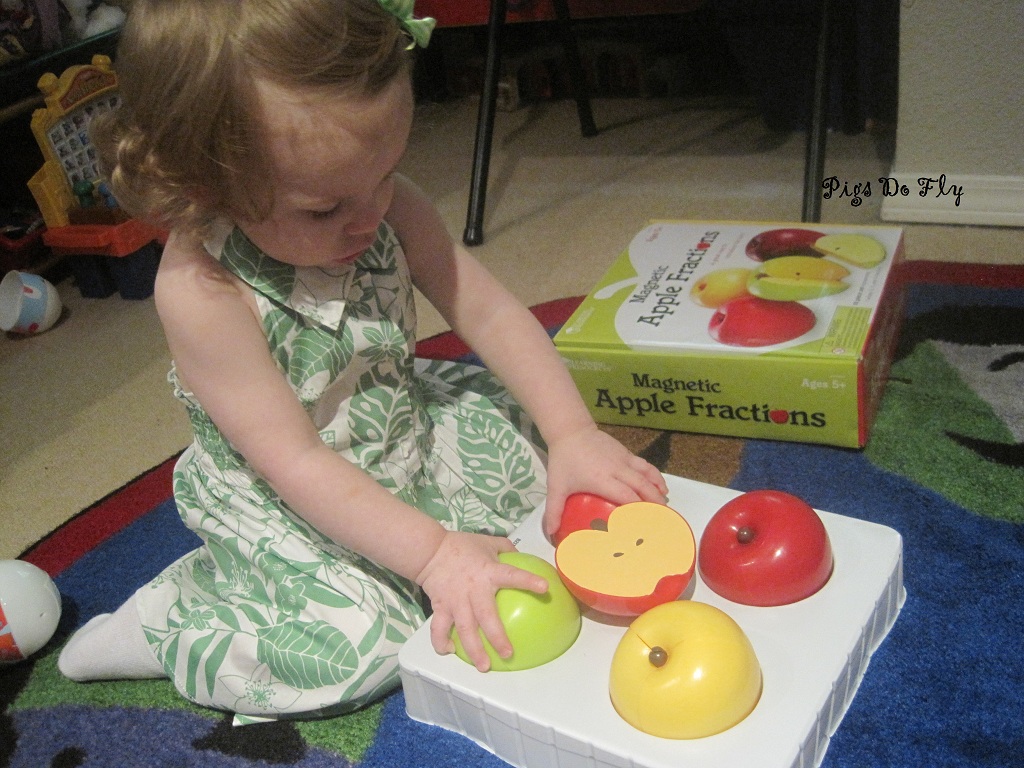 Pulling them out and fitting them back in like a shape sorter, and dividing them into pieces and then having them snap back into place when she got the pieces lined back up were loads of fun.Â 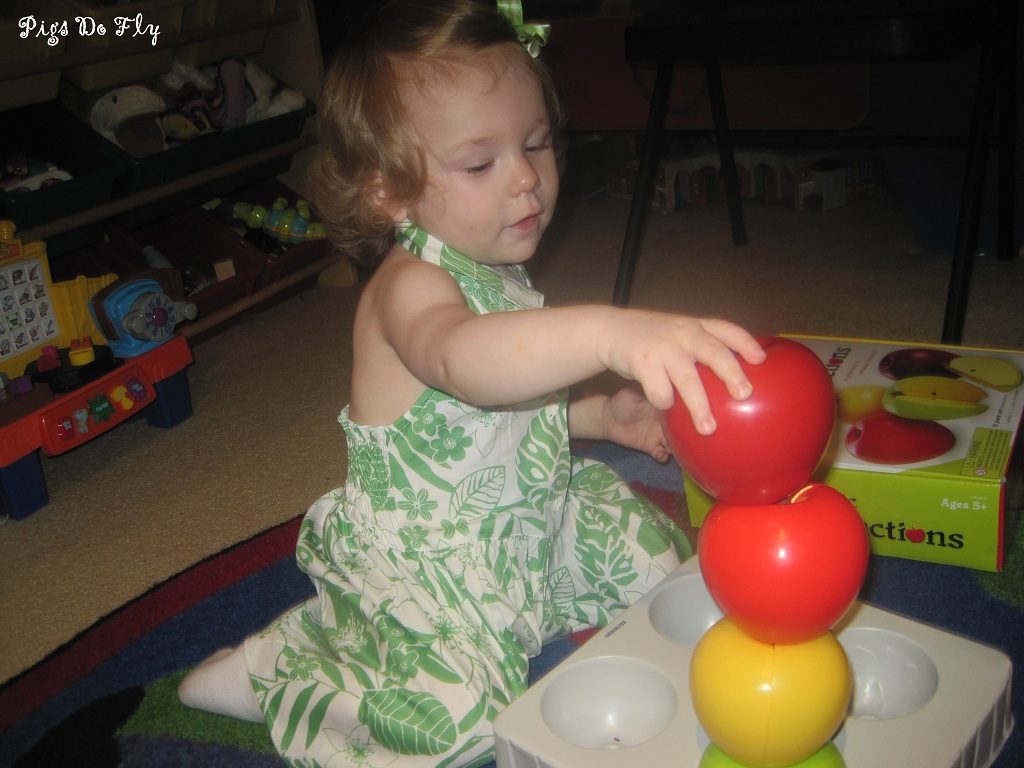 She also enjoyed stacking them, and I was very suprised to see that she was able to balance all four apples on top of each other, despite the fact that they aren’t flat.Â 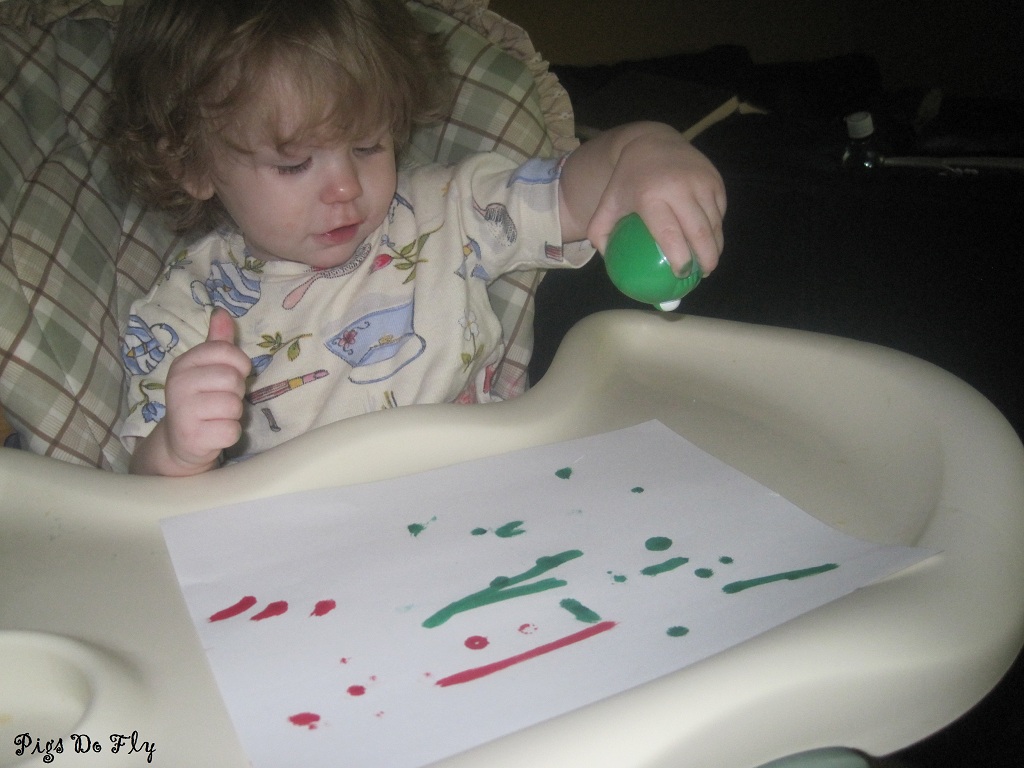 We looked at red and green apples and talked about the colors, and then I gave her red and green tadoodlesÂ markers to see how she would do with them, as the last time we tried markers a few weeks back, it was disasterous. It went a lot better this time, though much marker ink still ended up all over hands =)Â 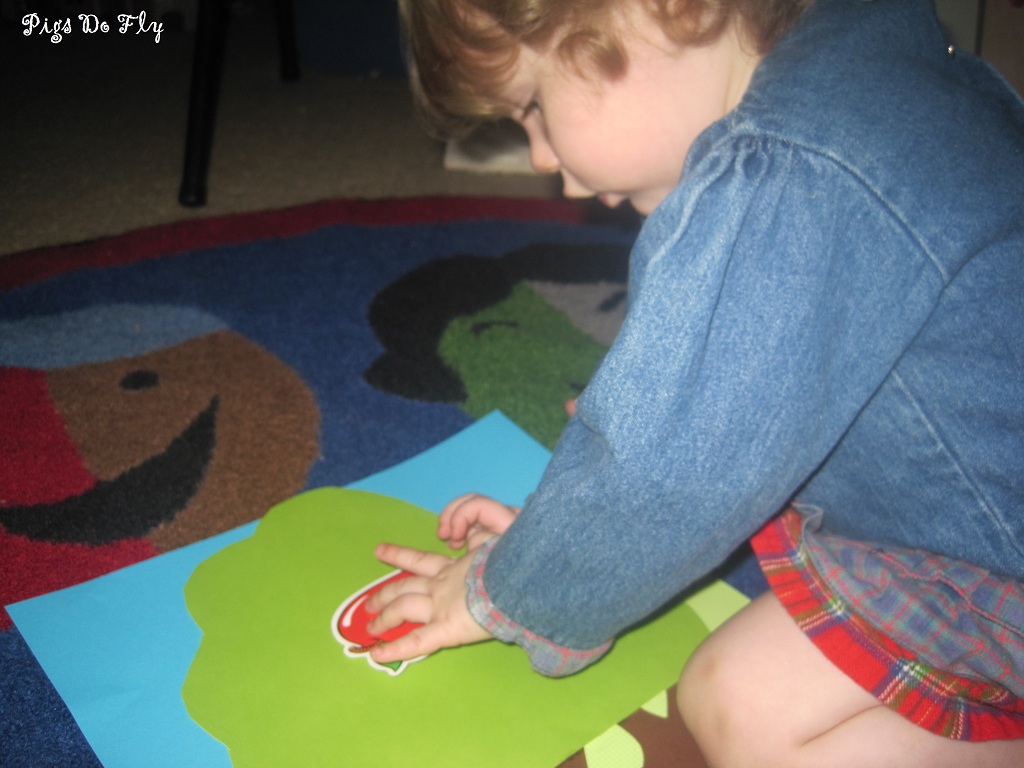 I made an apple tree out of cardstock and glued it down on a background.Â  The intent was to let her use up a whole sheet of smaller apple stickers, but I couldn’t find them, so instead I used spray adhesive to turn some larger paper apples (bulletin board decorations) into “stickers”.Â 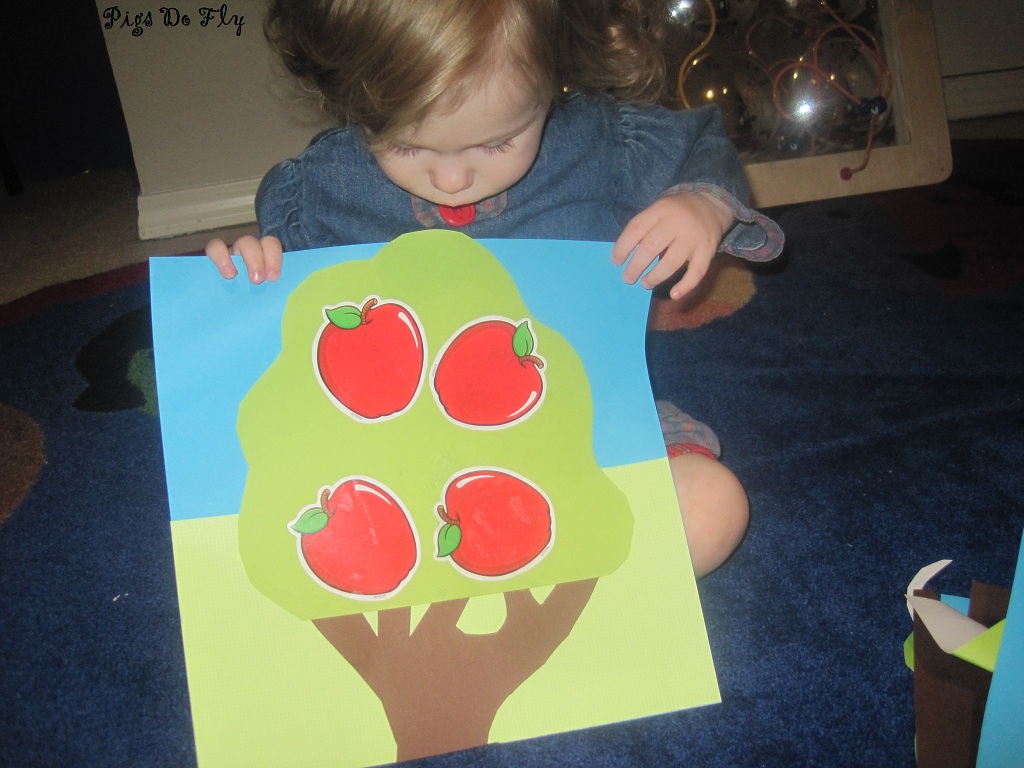 That left us with apples rather out of proportion to the tree, but I don’t think she minded ;)Â

Others: Washed apples with a vegetable brush in a pan of water; paper apples graduated in size downloaded from File Folder Fun, which we used to talk about big, bigger, biggest and small, smaller, smallest;Â

Applesauce on a Stick

1 tablespoon sugar or to taste

Process apples, juice, cinnamon and raisins in blender or food processor until smooth; add sugar to taste. It will taste less sweet when frozen. Spoon into 3-4 ounce paper or plastic cups or frozen sucker molds. Place in freezer. When partially frozen, insert a stick in each cup and finish freezing.

New sign: “Apple” isn’t really new, but of course I focused on that this week!Â  Make either the “X” or “A” sign,Â place the knuckle of your right index finger against your cheek and pivot the hand back and forth.Â