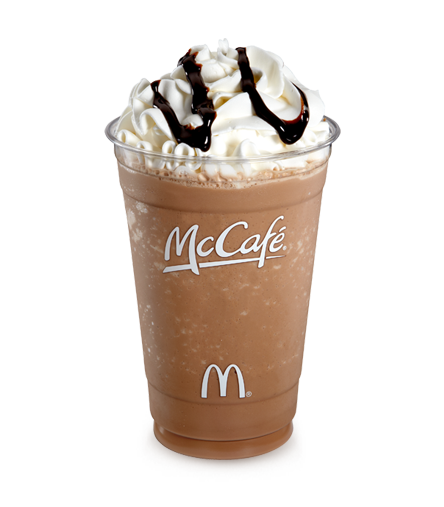 It’s been about 5 weeks since I gave up my Pepsi and at the same time, any other added sugar kind of foods.Â  When my last A1C reading came back, I realized that if I didn’t get my sugars under control myself, that I would have to start taking more heavy duty medication — and the idea of having to give myself shots is about as appealing as a root canal.Â  Maybe less appealing; at least they give you Novocain for a root canal.Â  I can barely stand to hit the trigger on the itty bitty teeny weeny needle for pricking my finger to get a bit of blood to test my bloodÂ sugar. It barely hurts; and it’s pain gone in a flash.Â  Doesn’t matter; I just hate needles, and no logic can combat that.

So today, I took myÂ 10yo DS to his occupational therapy (for sensory integration) at its new location, andÂ now it’s too far from home to just drop off and head home.Â  I decidedÂ to go get some water or something (I should have planned ahead and brought some),Â so I go through a McDonald’s drive through, with every intention of getting a bottled water, and somehow found myself ordering my old nemesis, the mochaÂ frappe, no whip, no drizzle.Â  (Yuk, thatÂ fake chocolate syrup gets all thick and manky in the cold; leave it off mine, please!)

It’s never been that I can’t fit it in my calories.Â  Most days I am between 1200-1300 and theoretically, I can eat up to 1600-1700 and still lose 2 pounds a week.Â  (HAH!)Â Although, being so calorie dense, it certainly isn’t particularly filling.Â  Feeling hungry = Not A Good Thing.Â  Plus, it’s sugar, and sugar is a major issue for me, not just because of the diabetes, but even before, with my insulin resistance, sugars really mess with my ability to lose weight, I don’t care what the laws of thermodynamics say, my body can defy them!Â  Then of course is the other side effect of sugar and the way it messes with blood sugar, after that burst of energy high,Â you get the drop and the cravings for more sugar.Â  Evil stuff, sugar. I still order one, and I start to drink it.Â  And you know what?Â  It’s gross.Â  Really nasty, and thick feeling in my mouth, and so sickeningly sweet that I can’t, that is, don’t want to, keep drinking it.Â  Now the willful part of me wants to buy a Pepsi so I can see if that is nasty now too ;))