My daughter does not like to write.Â  Or color.Â  Or do anything that really works her hands in a way to prepare her for writing in kindergarten.Â  Oh, she will use markers occasionally, probably because they are so much easier to make marks with than pencil or crayons, but even that is a struggle.Â  It’s not really a fine motor issue; she can handle other fine motor tasks just fine.Â  Caterpillar Scramble, given to us by Aunt Julie several years back when I was working with Kidlets fine motor issues (now due to the Asperger’s though at the time, we didn’t know that!), is no sweat for Lil L.Â  She can thread pony beads endlessly.Â  And so on.Â  But still doesn’t want to color at a restaurant, or balks at writing anything at home.

So, I have been coming up with ways to encourage her to use those muscles and build her writing endurance, without it seeming to be work.Â  She asked for corn on the cob for dinner, for instance, so I had her write it on the shopping list.Â  She likes to make up stories, so I made some mini books to record them; she does like to see her stories in book form so she can show them off to folks.Â  I also try to instigate art projects that will encourage her to need to pick up a crayon or pencil.

It hasn’t seemed to make any difference yet, but we’ll keep working on it.

Last night we were working with sharpies on foil, some form of which you’ve probably seen. It’s all over Pinterest in various forms. 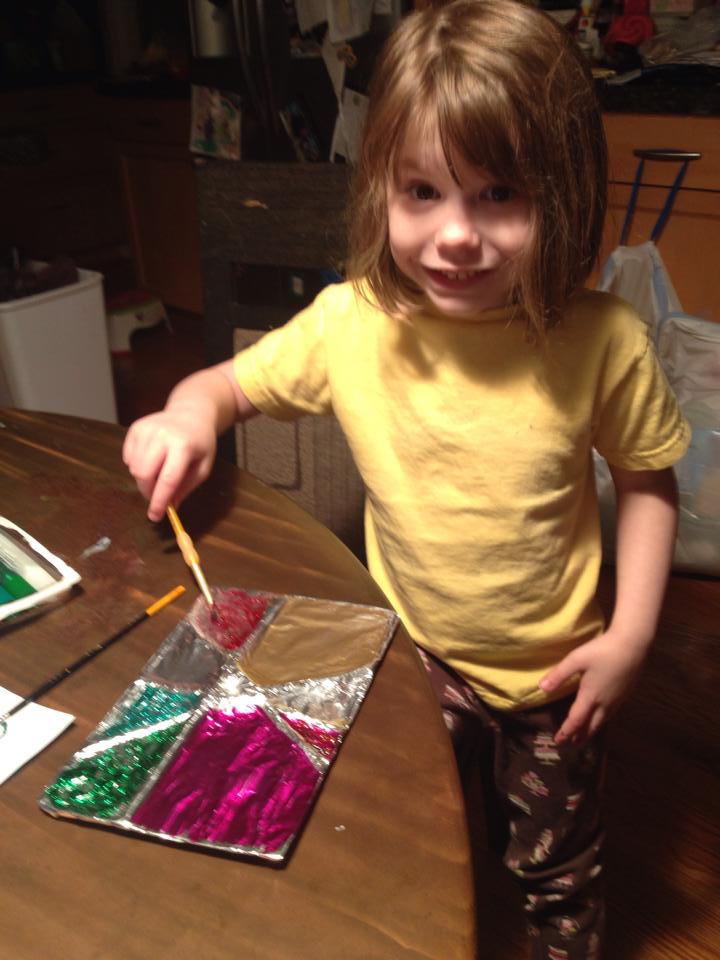 Devious as she is, Lil L even managed to bypass holding the sharpie after a couple of triangles, instead using paintbrush and fingers to add glitter glue to the foil.Â  My girl, she loves herself some bling 😉 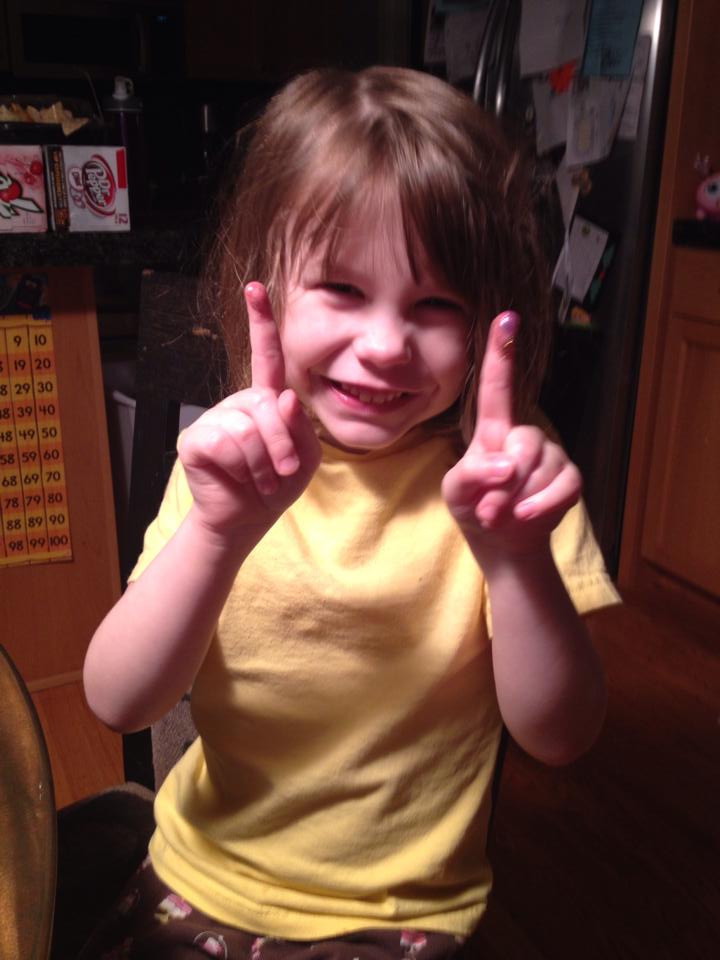